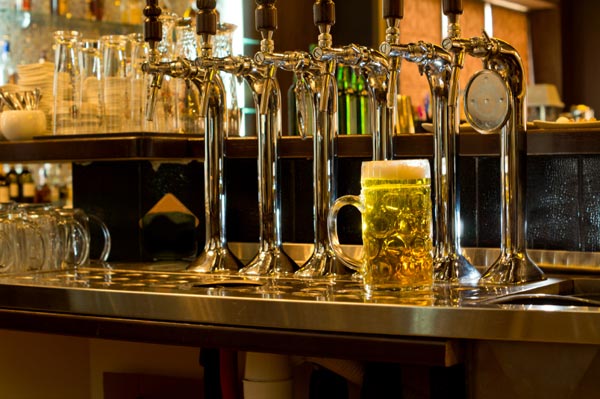 With a historic verdict, a South Carolina jury emphasized the importance of bar and restaurant owners being responsible in their service of alcohol. In a college town filled with bars and party atmosphere, Fayssoux Law Firm attorneys and their co-counsel overcame significant proximate cause issues by winning a $3.85 Million dollar verdict for the victims of a drunk driving accident. In achieving this verdict, the Fayssoux Law Firm attorneys were able to establish that the Defendant bar operated illegally and knowingly served alcohol to an intoxicated patron who caused the tragic accident almost 5 hours after he left the bar. The Fayssoux Law Firm was also successful in obtaining significant settlements of approximately $2 million in additional funds from other bars that had served the same individual that evening and also played a role in the tragedy.

Details of the Case

This is a dram shop case wherein Plaintiffs proved that Defendants violated South Carolina laws relating to the sale and service of alcoholic beverages and that Defendants’ acts and omissions resulted in a tragic automobile accident which occurred mid-morning on New Year’s Day of 2012. The at-fault driver was a young man named Billy Patrick Hutto, who was drinking at The Loose Cockaboose in the early morning hours before the collision.

More specifically, Mr. Hutto went out drinking with friends on New Year’s Eve 2011. He first drank at Jillian’s in the Vista and later went to The Big Ugly which was nearby. Mr. Hutto left the Big Ugly when it closed in the early morning hours of January 1, 2012, and he was grossly intoxicated by that time.

After leaving The Loose Cockaboose around 5:45 a.m., Mr. Hutto “passed out” for a short time at an acquaintance’s home in Columbia before getting in his 2003 Jeep to drive home. Mr. Hutto was severely intoxicated when he got behind the wheel of his car.

At approximately 10:40 a.m., Plaintiffs David Longstreet, Karen Longstreet and their four minor children, Noah, Levi, Micah and Emma, were in their minivan on the way to church in Lexington County, South Carolina. Plaintiff David Longstreet was the driver and his wife, Karen, was occupying the front passenger seat. At the same time, Kenneth Sinchak was driving home in southerly direction on Old Cherokee Road in Lexington, South Carolina. Plaintiff Sinchak and the Longstreet Plaintiffs were stopped for a traffic light in adjacent lanes at the intersection of Old Cherokee and Sunset Boulevard (U.S. Highway 378), preparing to turn left onto eastbound Sunset Boulevard. Upon receiving the green light, both vehicles proceeded lawfully into the intersection.

At the same time, Mr. Hutto was operating his vehicle in a westerly direction on Sunset Boulevard toward the intersection with Old Cherokee Road. As he approached the intersection at a very high rate of speed, Hutto disregarded the red traffic signal governing his lane of travel, drove into the intersection, and violently collided with the driver’s side of the Longstreet’s van forcing it into Plaintiff Kenneth Sinchak’s vehicle.

The collision killed six year old Emma Longstreet. Despite incurring a medical decapitation from the force of the impact, Emma underwent several hours of life sustaining and resuscitative measures by medical personnel with her mother by her side until her father could be stabilized and transported from the ER to say goodbye to his daughter. The collision also placed the surviving three minor children in intensive care with significant and permanent injuries, tore tendons in Karen Longstreet’s shoulder, fractured David Longstreet’s neck, and caused unimaginable mental and physical pain and suffering.

Plaintiff Sinchak was also knocked unconscious from the force of the collision and sustained injuries including, but not limited to, a severe concussion, partial facial paralysis, memory deficits, and permanent impairments.

Since the accident, Mr. Hutto has pled guilty to ABHAN and felony DUI for which he is serving a nine-year prison sentence. Since his guilty plea, the driver confessed as to the alcohol he was served until at least 5:30 a.m. at The Loose Cockaboose on the morning of the wreck.

Plaintiffs’ case is a dram shop action. The following legal precedent applies to this case:

All the Way the Verdict

The Longstreet family was innocent. They were simply on their way to church, having taken every possible safety precaution to protect their family, when their lives were forever changed by the combined reckless behavior of Patrick Hutto and three Columbia bars. The Longstreet family wanted justice and they wanted a verdict – a permanent acknowledgement from the community that more should have been done to protect their child.

The Longstreet Family trusted and empowered the Fayssoux Law Firm to fight unto the very end and take this case all the way to trial and verdict. It was never about the money but instead represented a final opportunity to stand up for Emma and make the community aware of the senseless and reckless activities of several Columbia bars. The jury’s unanimous verdict of $3.85 Million Dollars sends a strong and clear message to those who were accountable and to other establishments that operate in violation of South Carolina liquor laws.

It is important to note that establishing the fault of a retailer or alcohol vendor is a complex process. Dram shop liability cases can offer justice to victims, but those who wish to pursue these cases are wise to seek the counsel of an experienced personal injury attorney and actual trial lawyer early in the process.

The attorneys at Fayssoux Law Firm are not professional advertisers. You won’t see our lawyers on commercials, billboards, backs of phone books or web pop-up ads. We practice law – not advertising. We don’t just talk about going to trial, that’s where we thrive. The attorneys at Fayssoux Law Firm simply let our past results and satisfied clients speak to our work ethic and ability.

Quite simply, we are Trial Lawyers. We hold that title with great pride, responsibility and respect for what it means. That is the difference and that is the commitment that is given to every case and client.