Once again, a South Carolina jury emphasized that drunk drivers who injure innocent bystanders will be held accountable. On July 26, 2019, Fayssoux & Landis attorneys Wally Fayssoux and Paul Landis obtained a $7,523,000 verdict for the family of a man who was killed by a drunk driver on January 29, 2016. The firm also pursued a case against the restaurant/bar that served the intoxicated driver, but the bar settled for a confidential amount prior to closing argument in the case.

The verdict has been reported by media outlets including The Greenville News, WYFF4, Fox Carolina, and South Carolina Lawyers Weekly.

Details of the Case

Plaintiff alleged that a Defendant bar violated South Carolina laws relating to the sale and service of alcoholic beverages and that Defendants’ acts and omissions resulted in a tragic automobile accident which killed an innocent man. The Plaintiff also pursued the case against the at-fault, intoxicated driver who was served the drinks. The evidence presented showed that the driver spent hours drinking at the Full House Sportzaria in Simpsonville, South Carolina prior to the collision. Mr. Fayssoux and Mr. Landis presented evidence that the driver likely consumed approximately ten drinks in three hours and had a blood alcohol level of approximately 0.18 at the time she left the restaurant.

In the course of the trial, Mr. Fayssoux and Mr. Landis called numerous witnesses including an individual who was drinking with the at-fault driver at the bar and was a passenger in her vehicle at the time of the accident; the Sheriff’s deputy who performed field sobriety tests on the intoxicated driver and arrested her for felony driving under the influence; an accident reconstructionist with the Greenville County Sheriff’s Office; the bar manager on duty while the at-fault driver was drinking at the bar; a forensic toxicologist who determined the blood alcohol level of the drunk driver at various times and the number of drinks she likely consumed; and witnesses who testified regarding the damages sustained by the victim’s family.

After hearing the evidence and arguments, the jury awarded $2,523,000 in actual damages and $5,000,000 in punitive damages against the at-fault driver.

Plaintiffs’ case is a dram shop action. The following legal precedent applies to this case:

Insurance Coverage for Restaurants and Bars that Serve Alcohol

In 2017, the South Carolina Legislature passed a law that requires establishments that serve alcohol to carry liability insurance in the event that an injured party brings a claim under the dram shop laws.

This change in the law helps protect those who are injured or lose loved ones as the result of the restaurant or bar violating the law. The victims of any type of personal injury case in South Carolina can recover damages including but not limited to lost wages, medical bills, and mental and physical pain and suffering. In the event of a death, the family members of the deceased can recover for grief, sorrow, loss of companionship, funeral expenses, and other damages caused by the death.

The victim’s family entrusted Fayssoux & Landis to fight to the very end and take this case all the way to a week-long trial and verdict. The jury’s unanimous verdict of $7.253 Million Dollars sends a strong and clear message to those who injure or kill an innocent party as a result of
reckless conduct.

The vast majority of cases settle, but our lawyers firmly believe that the only way to maximize the settlement you obtain is to prepare the case as if it is going to trial and to present it to a jury when necessary.

These cases can present complex legal issues, and those who wish to pursue these cases are wise to seek the counsel of an experienced personal injury attorney early in the process.

The attorneys at Fayssoux & Landis will gladly meet for a free consultation with potential clients who have been, or know someone who has been, injured as a result of a collision with an impaired driver. Our attorneys have the knowledge and experience to navigate the issues and present the case for settlement or trial. We take pride in the work we do and have a deep appreciation for the clients we represent.

Many of our cases are referred to us by other lawyers. We welcome the opportunity to work with other law firms in South Carolina to pursue dram shop cases and other serious personal injury or wrongful death cases. 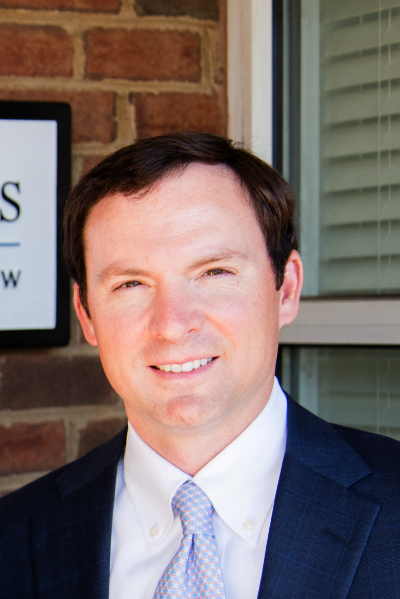